This week, Jack winged his way to Wisconsin in a his pride and joy, the Pietenpol. He flew over a two-day period in 8 two-hour legs texting me in between each leg to let me know he was ok and where he was.  This photo is taken by his friend, Gene who is flying along side him in a Travel Air.  He left about 10:30 on Tuesday and arrived about 11:30 Thursday morning in Brodhead, WS.  Have fun guys!

In the meantime, my sister, Sherry came to town from Florida.  She will eventually move here full time from Jacksonville, Fl. Just Tuesday, their house was listed for sale in MLS and Wednesday they had two showings.

Not only have we been busy enjoying the lake together, we visited Mom, celebrated my brother’s and sister in laws birthdays, started building a Sherry a potting bench, and met new friends.

Here are a few shots of our shenanigans. 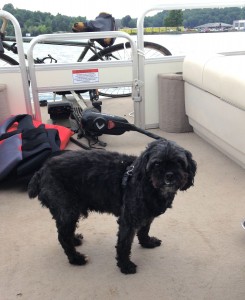 Kramer even was able to take a little boat ride! 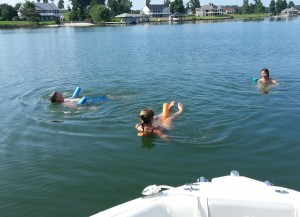 Sherry (my sister), Karen, Mom and Mike (my brother). We gave her a new Barbie and that’s what is drawing her attention.

Here is a series of photos of the front of the house changing over time. This is the view from the Hangar where we take most of the photos but the backside is just as beautiful.  Maybe that is fodder for next week’s blog. 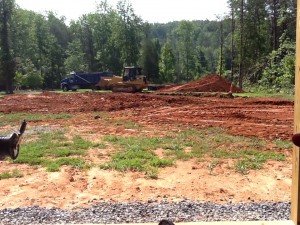 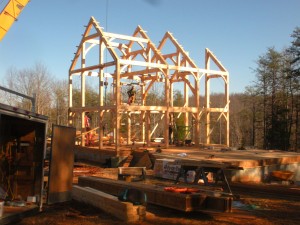 After the foundation, came the timbers 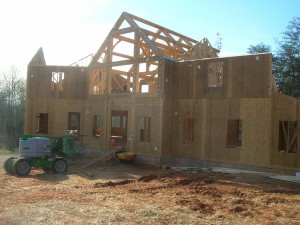 The structurally insulated panels were erected. 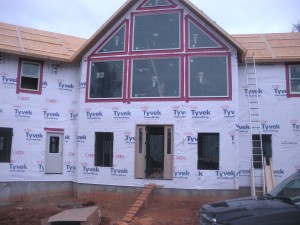 Then the fixed windows and tyvek. 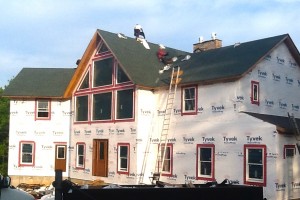 The roofers added the roof and I started painting exterior doors. 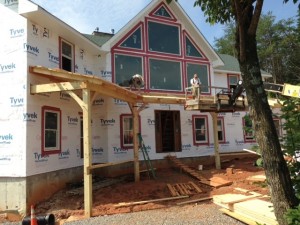 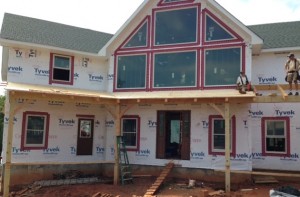 Working across the front of the house with the porch roof.

The plumber will be back next week to start the supply lines. Then the electrician should arrive to start wiring!  Can’t wait until that tradesman is home!

I love the progress photos of the work on the house. That front porch will be such fun to sit on . . . cocktails anyone?

Karen it has been so interesting to watch it all happen.