Who is your Hero?

Posted on January 16, 2021 by Bedfordlandings

Do you recall watching the movie, Backdraft?  I watched it with my (career) firefighter-brother, Mike.  We both cried at the end as Mike was touched with the brotherhood among firefighters.  I became emotional because one of the firefighters died. I told him I could never imagine something like that happening to him. 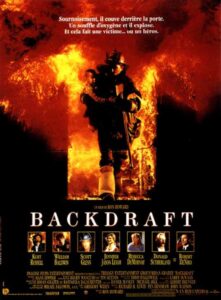 Mike was an author, worldwide training specialist, and instructor in rope and confined space rescue. He was the alpha team leader for FEMA in charge of search and rescue at the Oklahoma City bombing, overnight lead on search and rescue at the World Trade Center September 11, 2001 and rescue worker following Hurricane Katrina. He had some stories to tell and we always wanted him to start a book about these experiences.  I feel that many of the mental images, however were too painful to bring up again and write about. 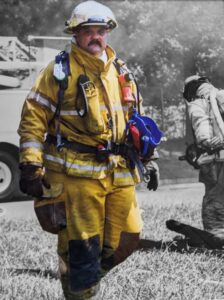 Having served over 30 years as a firefighter than battalion chief in Virginia Beach, he didn’t die in active duty.  In fact, he had retired 10 years prior to his death.  He died July 27, 2020.  My brother – Michael Gordon Brown, was my hero. 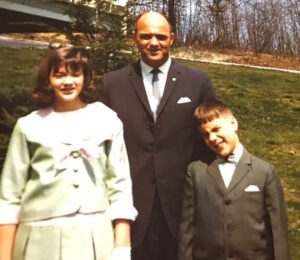 Mike was three years younger than me and six year younger than my older sister, Sherry. We grew up in one of those 1950-60’s homes where the dad worked, mom was at home cleaning and cooking until we were of high school age.  We owned one car. 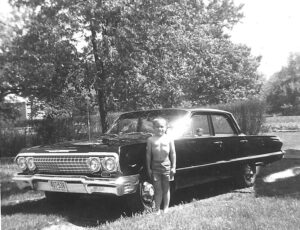 We played Kick-the-Can until dark and the neighborhood mothers all used different whistles to call us home.

In high school, Mike was a police dispatcher and served on the volunteer fire and rescue squad in Blacksburg. He pretty much blew off college weighing in at about a 0.0 his freshman year.  This was much to my father’s dismay as Dad was a university administrator at Virginia Tech.  His love was fire and rescue. Dad along with the rest of the family were ever so proud when he graduated at the top of his fire school training class in Virginia Beach. 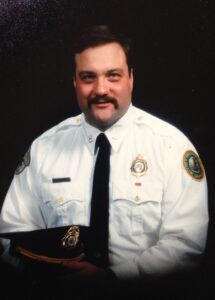 Mike was a social kind of guy and just fun to be with. His booming voice and massive presence would fill a room.  He was my little brother; but he was bigger than life to me!

Mike saved so many people throughout his lifetime. And he could have died in the line of duty time and again.  But he didn’t.  We were gifted with his presence for 63 years. When he died, Mike tripped and fell at home.  It was later deemed a stroke, but it was apparent, it was his time to go.

Mike had retired to Little River in Floyd County, Virginia with his wife Lisa and dog Ax.  When we spoke on the phone, he would tell me “Ax” stories.  He told me how Ax just looks at him as if he understood him and related how Ax was the “smartest dog” he had ever had.

He had an idea that he wanted to write a children’s book featuring Ax.  Since I had written a few children’s books, he asked me how to start.  He identified Fire Safety as the topic.  I told him to start conceptualizing the book and I would come take photos of Ax to use within the book.  The day we visited Mike and Lisa to take photos was the last day I saw him alive.  He gave me a  big bear hug, as always, but this time, he lingered… comforting me. The reason we were there was an escape from our day-to-day reality. We were in mourning (as he was), after the death of my daughter 20 days prior.  He and Lisa put together a little picnic lunch, and we drove his ATV down by the river to let Ax play while I took pictures for his book. 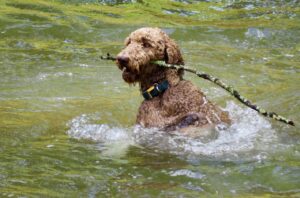 Ax in the river

His death was a complete shock for all of us. We held a memorial service (during a pandemic) and honored his life with friends, firefighters, and family in attendance at his home, outside by the river. Ax was there too.*

Following his death, Sherry (my sister), and I were determined to complete Mike’s book.  He had already entitled the book, “Oh Snap! It’s Ax!”  Indeed, we completed the ABCs of fire safety children’s book. It is available on Amazon. 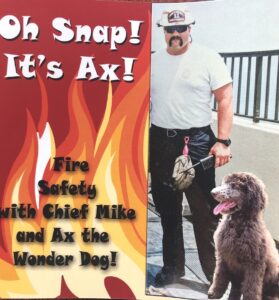 We are the final phases of having it translated into Spanish.  I give credit to my long-time friend, Julia de Atiles for helping us understand that first of all an ABC book doesn’t translate word for word alphabetically.  Ax, for example, in Spanish is Hatcha.  Watch for the Spanish version entitled, “Oh Snap! es Ax!” We feel this is a great book for families, schools, and fire departments. It and can be used to highlight safety during fire safety week October 3-9, 2021.

We honored Michael following his death by completing a book.  Of course, I would far rather have him still here with us but have so many proud memories of my brother, my hero.  Who is your hero? 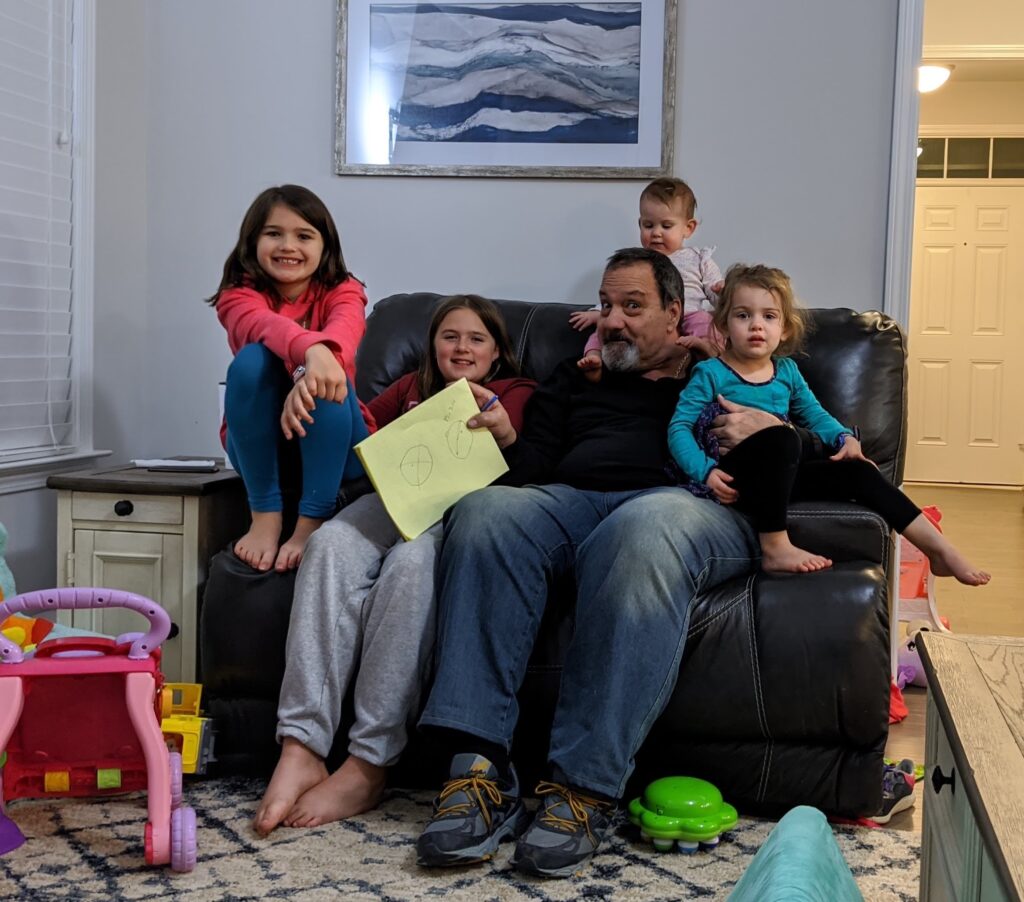 We miss our brother, Mike, but feel closer to him by being able to bring his creativity and scholarship into book form. Rest easy little bro.❤️❤️

What a wonderful background story and tribute to your brother! He WAS a real hero!