Posted on September 1, 2012 by Bedfordlandings

No new work on the house except putting gravel down in the floor area and spreading it.  Spreading it with a rake was good shoulder exercise!  We did hire a new wall pouring contractor.  They delivered the forms yesterday so we are fairly confident they will show up Monday (even tho it is Labor Day) to start forming walls and pour them next week.  Having a strong and firm foundation is a critical part of building the house.  I have often used this parallel when teaching about families and children.  The first three years are critical in building a relationship with children, and building personal relationships on multiple aspects of getting along (not just sex or not just a business partnership, for example) is crucial.  OK- I will give lecturing a break!  This nice aerial photo shows our footers and hangar plus the neighbor’s house and hangar. 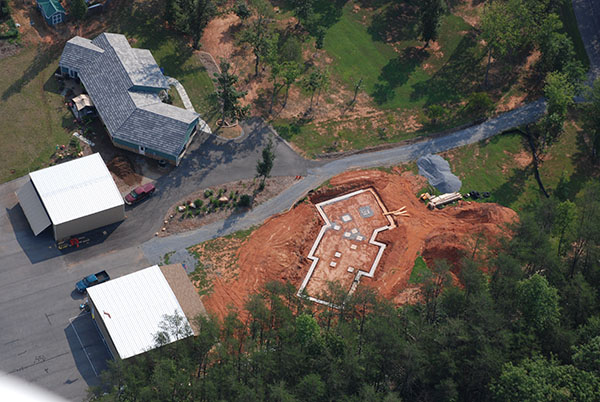 Speaking of human dynamics, I made a huge decision NOT to move Mom back to Wheatland Hills in Christiansburg when she got out of the Allegheny hospital.  Instead, I moved her to a memory care program in Roanoke, VA called Emeritus.  They appear to be well-designed for memory care.  On Thursday, Jack and my brother and sister-in-law met me to move her belongings from Wheatland.  Mom’s forever good friend, Marge, came to help.  We pared down her belongings to less than before as her space is smaller. This photo is sad in a way depicting all of Mom’s remaining belongings.

I picked her up from the hospital Friday and we had a great time in the car, singing, listening to classical music, and trying to have a conversation.  Knowing her intonations and facial expressions helps me to understand what she is trying to say even though she doesn’t weave words together correctly.  Mike (my brother) met me at the new facility.  We took her to her room, walked all around the grounds and explored the corners of activity.  They have a woodworking area, a kitchen to piddle around in, a doll rocking area, an office, a train station and other comfy areas to relax, watch TV and busy oneself. There are 4 levels of care and Mom is in level 2.  She was full of love and kisses for everyone.  All was going well until after about 3 hours, it was time to leave.  She wanted me to stay there and realized that it was a new place and she said she didn’t know these people.  I involved staff in helping with the transition of departing, but by then, I was getting the cold shoulder and NO KISSES!  I just left and hopefully the staff pitched in to helping her find her new room again and adjust.  It so reminds me of leaving the kids in day care!

There were a few funny stories of other residents that I met yesterday as there always are with this population but chances are if I shared them, I would be laughing inside and you would figure it was one of those “you had to be there” events!

Last weekend’s progressive dinner Hangar Hop was successful.  Our porch accommodated the crowd of about 30 or so. 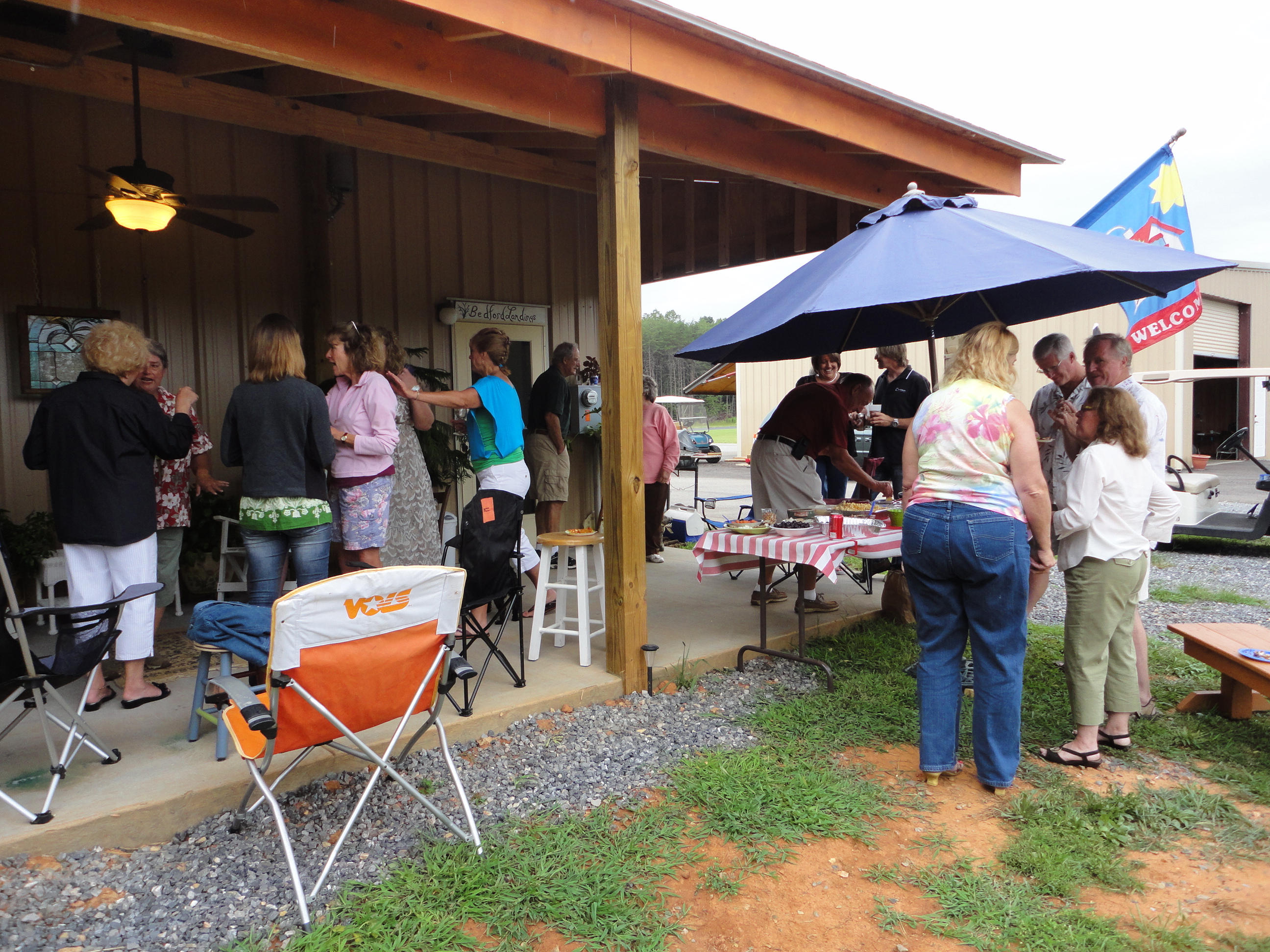 So the event turned out well as we roved the hangars for each dinner course with only a few stitches, scrapes, and a DUI involved!  None of that applied to us, thank goodness, but unfortunately, for other overzealous partiers!  Steve (next door) suggested that next time we should have a Sunday afternoon ice cream social!

Two favorite parts of the week are that my good friend Susan Henson came to visit and we got new wheels!  We are sooo in vogue now at the airport!  Everyone has one but us and now we have one too!  A shiny red golf cart! 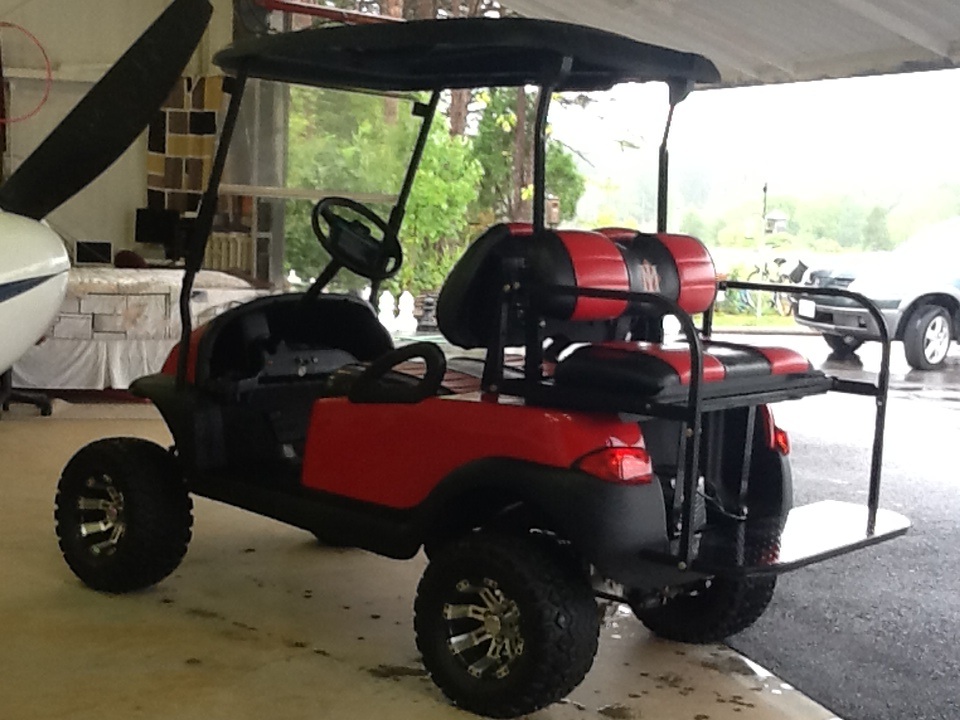 Until next time, don’t get caught up in the political hype.  Never talk about politics at a cocktail party, and if you ever want to really tell someone what you think of them, speak to an empty chair first and practice!  Make my day!!

I appreciate the dilemma with your mom. It sounds like she is in a good place with people who will care for her. I look forward to seeing your new place sometime!