Words cannot express how much we thank Sherry and John for taking care of business (literally) last week while we were away at Oshkosh enjoying the roar of airplane engines and mingling among the aviation enthusiasts! My inn-sitting sister and brother-in-law juggled the duties of caring for guests superbly! Thanks sis and John!  You look so much at home, maybe you would like to so this more?!?! 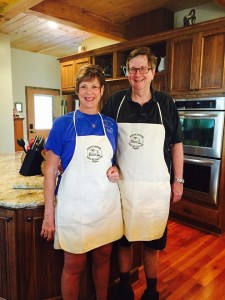 While away, we went to Brodhead, Wisconsin to see Jack’s Pietenpol building friends before going to the largest fly-in in the world at Oshkosh, Wisconsin.  Landing there was interesting as the calm and collected air traffic controllers landed three at a time on the colored dots marking the runway. We stayed in a private home where we were way comfortable with folks who have now become friends who may just trek south to see us soon!

I had the opportunity to sign at least 15 books for kind, supportive people who showed an interest in my little children’s book “Cloudy with a Chance of Dreams.” It was fun to have this as a mission while attending the largest fly-in in the world! And it felt good to have my book stocked on the shelves of the EAA Wearhouse! Susan Dusenberry interviewed me in the Vintage aircraft area after the book signing where I could tell more about the story and why I wrote it.  Since our grandson Jaxon was the inspiration for this book, I talked with young girls who were at both Brodhead and Oshkosh about what they think a book with a female character should be about. On the plane ride home, I started a new adventure story with a female protagonist!  Thanks Abby (age 12) for chatting with me about a new story! 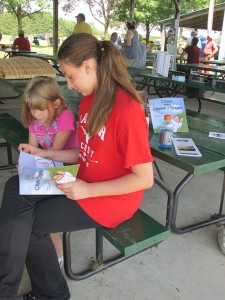 Abby and Clare reading at Brodhead

If you are interested in knowing more about this huge event, take a look at some of the videos. There is no way that I can describe how large of an event it is.

Jack is the one who can name about every airplane. But I had fun taking some cool photos of planes and other things! See what you think of these! 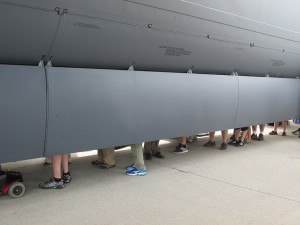 Crowd looking inside a B52 bomb bay. 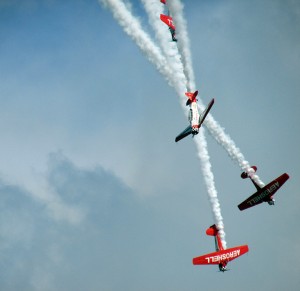 Diving planes at the airshow 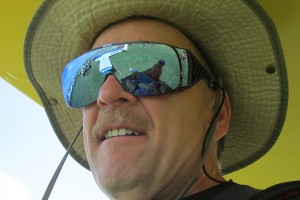 Look closely to see a plane in Rob’s mirror sunglasses! 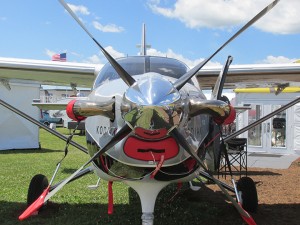 Doesn’t this plane look as if it is smiling and has lipstick?!

Interesting angle on this shiny Airbus A350 tail.

We got home safely to a well-kept B & B.  My sister and the guests met us as we landed and counting our blessings in addition to all of the planes, friends and inn-sitters, it has been a pretty wonderful week!

[…] sister, being the mighty woman she is to handle all this, of course posted her blog before I did, so visit her link as well to get her side of why we did all […]