Posted on October 27, 2017 by Bedfordlandings

Today, it was our privilege to welcome the Handy family to Bedford Landings Air Tours.  I met Cindy playing racquetball a few years ago. Her husband Dan also plays (when he’s not falling off a roof getting injured!). We have become friends over time and she even purchased one of my children’s books (Cloudy with a Chance of Dreams).  She bought the book for her son, Brandon, who is about 30 years old. Brandon loves airplanes and was very interested in taking a flight with Jack over Smith Mountain Lake.

The challenge was how to get Brandon into the airplane. Brandon was born with Cerebral Palsy and has been in a wheel chair nearly his whole life. The cause of Cerebral Palsy is a brain injury or brain malformation that occurs while the brain is developing — before, during, or after birth. As a result of the brain damage during brain development a child’s muscle control, muscle coordination, muscle tone, reflex, posture and balance can be affected. It can also impact a fine motor skills, gross motor skills, and oral motor functioning.

It goes without saying how much Cindy and Dan love Brandon but witnessing their loving care was a gift. I observed the way they used gentle touches with him and interpreted conversation so we could all determine the best way to help Brandon obtain his dream to fly. He had gone to bed early the night before, rested well in preparation for his flight, and was up early to prepare to be on time. At the appointed 9:00 hour, Cindy drove up in their van equipped with a wheelchair lift; and out rolled Brandon in his well-appointed Cadillac of a chair that he could control with head manipulations. 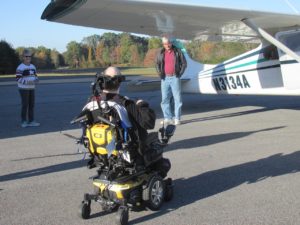 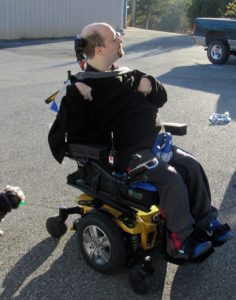 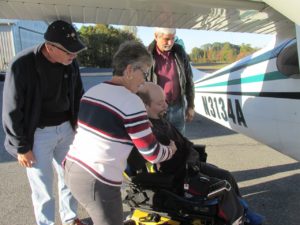 We managed to get his chair close to the Cessna and determined that the rear seat provided more space for him. Between Jack and Dan lifting and Cindy inside the plane, receiving and adjusting, we got him situated. He was thrilled and kept telling Jack that he already “loved him!” Holding tight to Cindy, they were ready for take off. Dan took the front seat. 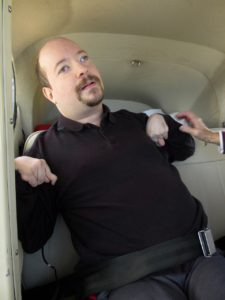 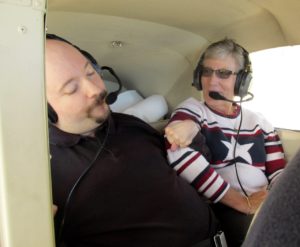 Since Brandon will be reading this post, so I wanted to include the photos of them actually taking off, turning to land, then landing. 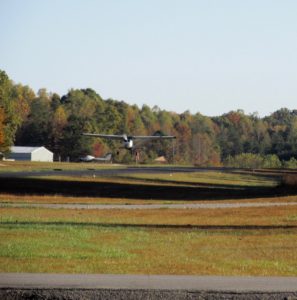 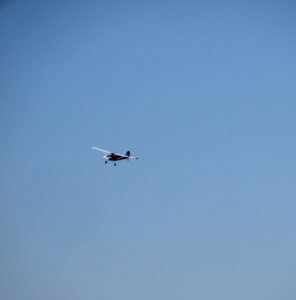 Turning for the landing. 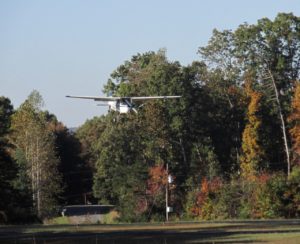 Almost down over the runway 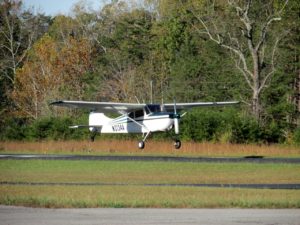 And a smooth landing.

Jack said that while flying them over the lake, he could hear Brandon in the headset saying “Oh, Wow!” This, of course made the flight so joyful for the pilot. And Cindy said that this was the happiest she had seen Brandon in some time.

When they landed and we were able to get Brandon safely back into his comfy chair. 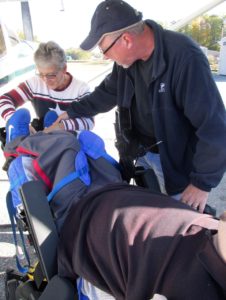 Back on the ground.

Using his head controls, Brandon rolled into the hangar to see the Pietenpol Air Camper that Jack built and that was pictured in the book Cindy had purchased. In addition, he saw Jack’s new plane under construction. When Jack showed him a photo of a completed RV-10,  he said, “When you get that one finished, you can take me in that plane too!” 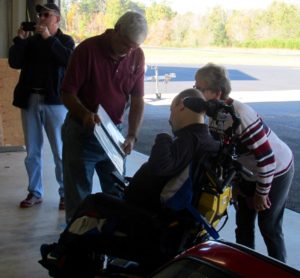 Indeed, Brandon. We simply enjoyed having you and your family here! It has been our privilege to fly with you! 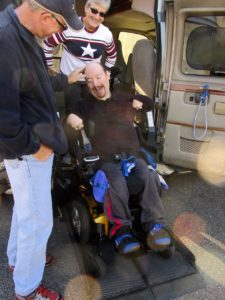 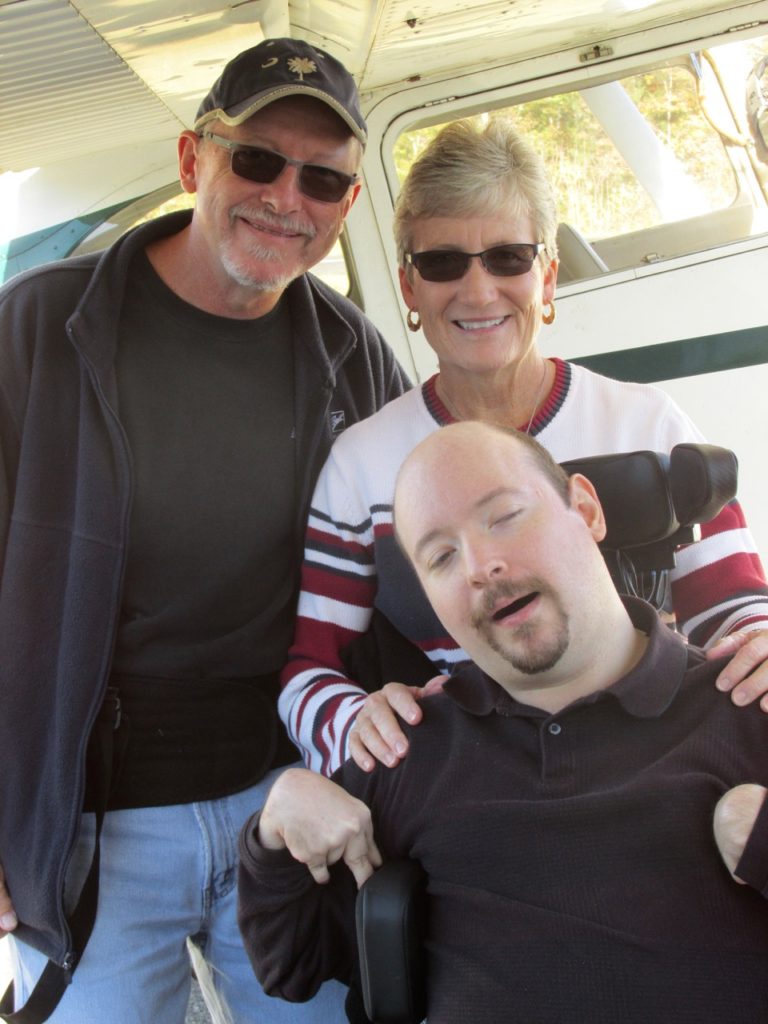 What a lovely, heart-warming story! A plane ride that will be unforgettable for the Hardys.

What a blessing to read this! Thank you for sharing. I know you all were blessed.

Wow, what a great story and great pictures! A flight of a life-time and a forever memory that probably changed Brandon and his parents. The photo of the three of them says it all! God bless the Hardys!

Loved this story - thanks for sharing!

I was thrilled to read this article and learn that Brandon and Cindy and Dan got to go for a plane ride together. You won't find a more deserving family. They are truly an inspiration to me!

What a beautiful story. Thanks for sharing. Blessings to all

How AWESOME for Brandon!!! My heart soars for Brandon, Cindy, and Dan!!! What a wonderful memory for all!!! ❤️

I have known the Handys over 35 years and of course have known Brandon his whole life. Brandon couldn't have been given to better parents. They have given him every opportunity possible to experience life as normal as possible. My husband and I took Brandon on a SeaDoo ride over 15 years ago...another great challenge for him. I drove while my husband held Brandon and himself on. It was an epic moment for Brandon but I think this one may have topped that one. Thank you to Karen and Jack for making this possible! I love you Brandon Handy and keep making your memories!!

Very cool! Cindya says he wants to sky dive now. Jack would say to that: "why would someone jump out of a perfectly good airplane!!"

Just got to view this wonderful experience Brandon had flying with his parents. You could see the joy in all their faces. Feel lucky that I have gotten to meet this exceptional family.

This is fantastic! I'm glad Brandon got to enjoy this ride. Thanks for sharing the experience.

This is the coolest thing I have read in a LONG LONG time. Awesome - you guys are the best parents and he's a heck of a son!