Memorial addition to Bedford Landings B & B

Posted on November 5, 2020 by Bedfordlandings

We are planning a new addition to Bedford Landings that I am anticipating our guests will enjoy and hoping it will bring my family good vibes and a sense of peace. We are working on it but not ready for the big reveal yet.  I am going to share with you some of the process so you can anticipate along with me.

My daughter, Whitney died 138 days ago now. I blogged about it earlier in the summer.  Her death was followed by three other deaths; my younger brother Michael, Jack’s remarkable mother, Eloise, and our friendly dog, Bella.  While coming to terms with each of these losses, we have pondered over how to memorialize and honor them. 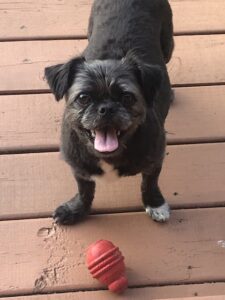 Eloise was laid to rest in Jackson, TN during a beautiful ceremony where she was buried next to Jack’s father.  Her headstone marks the eternal place where we can visit and remember her.  My bother was honored by the City of Virginia Beach that established a scholarship fund for firefighters in training named the Michael G. Brown scholarship fund. Also, later in the month, I will announce how my sister and I are honoring my brother in another way. Michael was cremated.

Whitney was also cremated. With a cremation, there is no place for her family to “visit” her gravesite.  That is why we decided to memorialize her with a sculpture in the “Marthy’s Creek” area of our yard.  If you have stayed with us at Bedford Landings, you may have enjoyed the sound of water (or singing frogs),or enjoyed roasting marshmallows to make S’mores at the firepit by Marthy’s Creek.  We built the firepit a year after my mom died (who suffered with Alzheimer’s Disease).  After the creek was installed, Destiny (Whitney’s daughter) came to visit.  AT the time, she was about 11 years old.  When she visited us and she sat pensively by the creek, as if saying goodbye to (great) Grandmommy.  It is indeed a special place. This will be the site for Whitney’s sculpture. 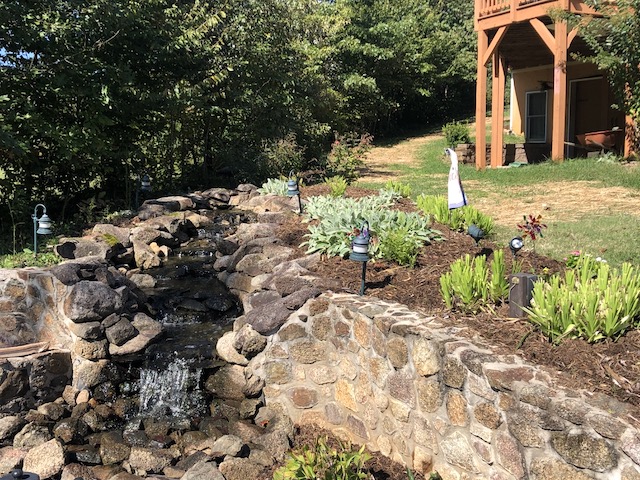 The Artist
I interviewed three different artists who proposed designs before selecting Larry Bechtel from Blacksburg, VA.  Being a native of Blacksburg, I was already a fan.  But having him understand my great sadness combined with wanting to honor her memory endeared me to both he and his wife. One Sunday afternoon, they drove over from Blacksburg to speak to me and learn about Whitney.  Certainly, no artist could ever replicate her beautiful face, so we settled on an abstract design.  I wanted the piece to represent her strength, her determination, her fire, and to show movement. Larry has entitled the piece he is creating, “Strength, Fallen, Soars.”

One aspect became the inspiration for the art.  When Whitney was a Senior in high school she was heading to the car with her date to attend the Senior Prom.  It was then that I discovered that she had gotten a tattoo on her left shoulder; a Chinese symbol of strength.  Angered that she had done so without mama’s permission, but happy that she looked so beautiful all dressed up for the

prom, I wasn’t going to scold her there in the front yard.  That symbol, continued to define her, however. It is this symbol that was the inspiration for the piece.  It is anticipated that the sculpture will be in place by the end of the month.  That is why I wanted to give an introduction so I can then shar 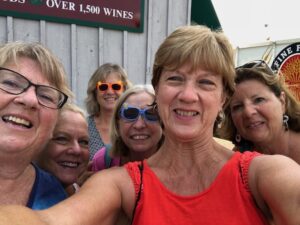 e subsequent developments as they unfold.

I want to thank my dear friends from Michigan who contributed to this project.  Thank you Krista, Jan, Diana, Carole, Mary, and Libbie. 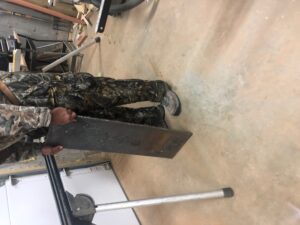 I also want to thank my ever-supportive husband, Jack who is helping to build the base upon which the sculpture will be mounted.  He has cut steel and welded the steel for the base plate. We have also ordered rock… but that is all I will reveal at this time.  Stay tuned as this piece of art comes together. 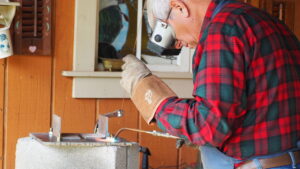 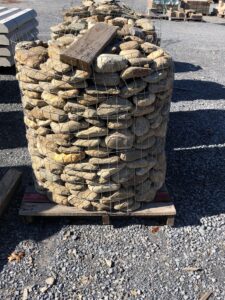